We’re making changes to how we manage our spaces to prevent the spread of COVID-19: Learn more 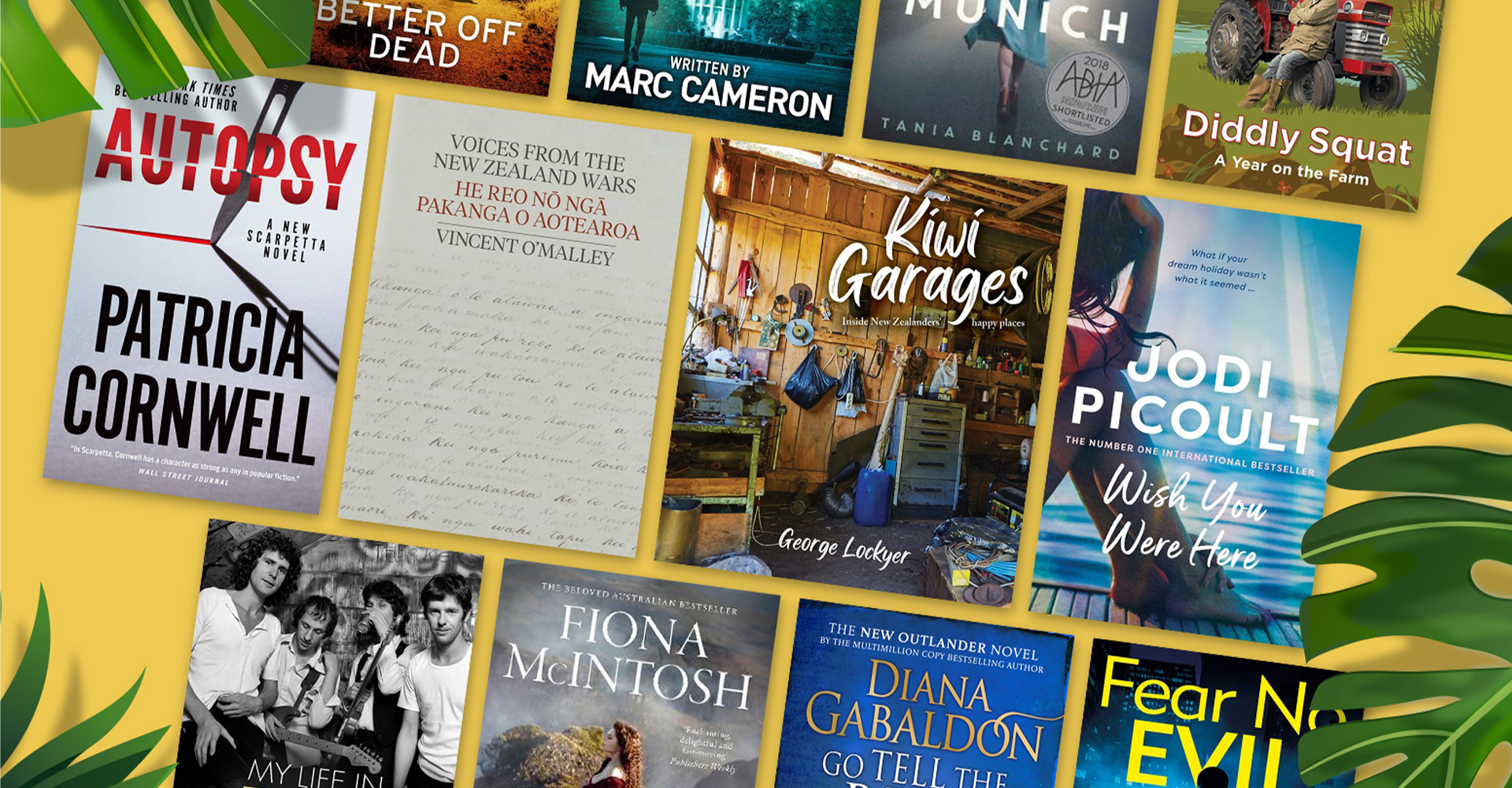 Summer reading at Paper Plus

It’s the perfect time to head for the hammock or collapse on the couch to enjoy a good book. Here are our summer reading picks from Paper Plus.

Go Tell the Bees That I Am Gone is the ninth book in the popular Outlander series by Diana Gabaldon. America is on the edge of a bloody conflict, a country torn by war. After surviving Scotland and the Civil war that threatened its destruction, Jamie and Claire must do the same again to protect themselves and their family.

In Diddly Squat: A Year on the Farm, Jeremy Clarkson takes us into the pitfalls (and pratfalls) of his new life as a gentleman farmer in this very funny collection of stories from lockdown on Clarkson's Farm.

The Girl From Munich by Tania Blanchard is the runaway Australian bestseller inspired by a true story of love and loss in wartime Germany.

Jack Reacher returns in Better off Dead, a new, pulse-pounding read from Lee and Andrew Child. Reacher never backs down from a problem. And he's about to find a big one, on a deserted road in Arizona, where a car has crashed into the only tree for miles around.

Fans of fantasy will love Myrren's Gift by Fiona McIntosh, a gripping story of action and intrigue in this magnificent opening to the much-loved Quickening series.

Another best-selling author who’s back this summer is James Patterson. In Fear No Evil: (Alex Cross 29), Alex Cross enters the final battle with the all-knowing genius who has stalked him and his family for years as he ventures into the rugged Montana wilderness.

Wish You Were Here is another example of prolific author Jodi Picoult’s ability to portray the full gamut of human emotions. Diana O'Toole is stranded alone on one of the world's most beautiful islands with no food, no luggage, and no place to stay, forced to test her personal limits to survive.

My Life in Dire Straits: The Inside Story of One of the Biggest Bands in Rock History goes behind the scenes from the perspective of Dire Straits bassist, founding member and mainstay John Illsley.

The United States has stared down many threats with President Jack Ryan at the helm, but what if he’s not there when he’s needed? That’s the question facing a nation in the most recent book in this best-selling series, Tom Clancy's Chain of Command by Marc Cameron.

The New Zealand Wars of the mid-nineteenth century shaped the course and direction of our nation's history. Voices from the New Zealand Wars | He Reo no nga Pakanga o Aotearoa, by Vincent O’Malley, takes us to the heart of these conflicts with a series of first-hand accounts from Māori and Pakeha who either fought in or witnessed the wars.

Dr Kay Scarpetta is back in Autopsy, the 25th book in this electrifying, landmark bestselling thriller series by Patricia Cornwell. This time, the chief medical examiner is hunting an ingenious killer who has mastered cutting edge science for the most nefarious ends.

Ever wondered what Kiwis get up to in their garages? Kiwi Garages by George Lockyer celebrates the can-do culture, lifting the doors of over 30 self-styled Kiwi garages from tinkerers and collectors to top-of-the-range techno dreamers. It’s a modern take on Blokes in Sheds.

Paper Plus also has a great selection of books, arts and crafts, games and toys to keep the kids busy these school holidays. Check them out at Coast.