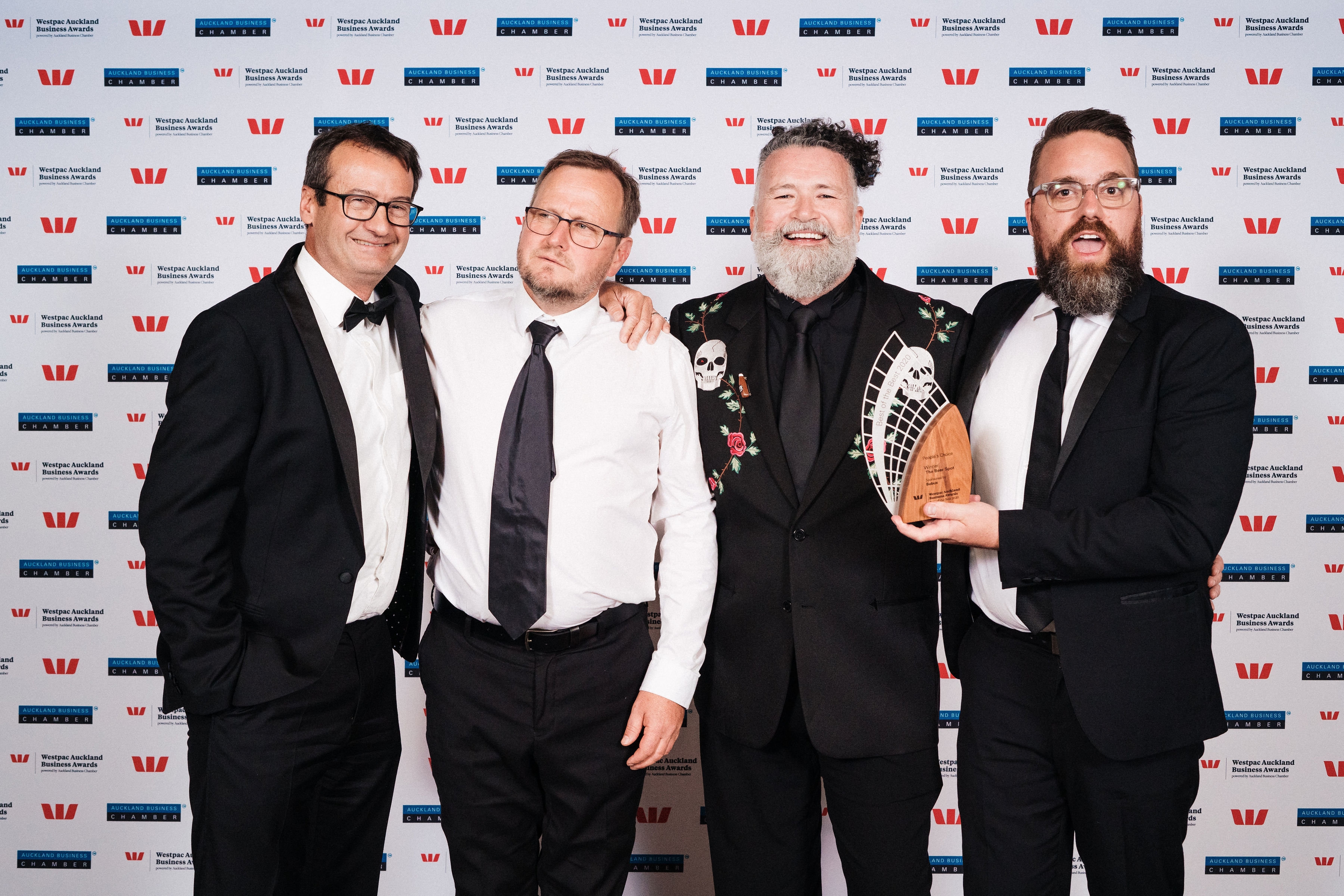 Prestigious award for The Beer Spot

The Beer Spot has triumphed at the Westpac Auckland Business Awards, taking out the Best of the Best People’s Choice Award for 2021.

The win was more good news for The Beer Spot group which also celebrated its fifth birthday in April!

Jason Payn, Co-Owner and Founder of The Beer Spot group, says the award caps off an unbelievable year which has included some incredible achievements and massive challenges.

“That award is incredible and humbling,” he says. “It’s decided by public vote... there’s no judge input so to get that result is purely because our customers appreciate the experience they receive at each The Beer Spot site, and took action to vote for us.

“They came back in numbers as soon as the plethora of lockdowns lifted. We really appreciate that effort because they’ve been doing it tough too.

“‘What our customers might not understand is what they do for our staff, the 250+ independent brewers around New Zealand, and the Auckland food truck industry.”

In the past five years, The Beer Spot has opened outlets in Northcote, Huapai, Morningside, Panmure and Whangaparaoa, home of the first The Wine Spot.

“We had a war cry of five branches in five years and 200 taps in 2020, all for local, independent breweries. We achieved that with eight months to spare, but way, way over budget,” says Jason. “And we had no idea a pandemic was coming.

“People told us we were brave, but the truth was we were too far down the road to stop!”

Co-founder Laurence van Dam says the past twelve months have played havoc on budgets, but The Beer Spot’s biggest achievement is keeping all of their staff.

“If anyone told Laurence and I it would be like this, we probably would have gone fishing instead...and I’m a really bad fisherman,” Jason adds.

There are more celebrations to come – The Beer Spot Whangaparaoa will mark its first birthday on Saturday, 26 June, so watch this space to find out how to join in the party.