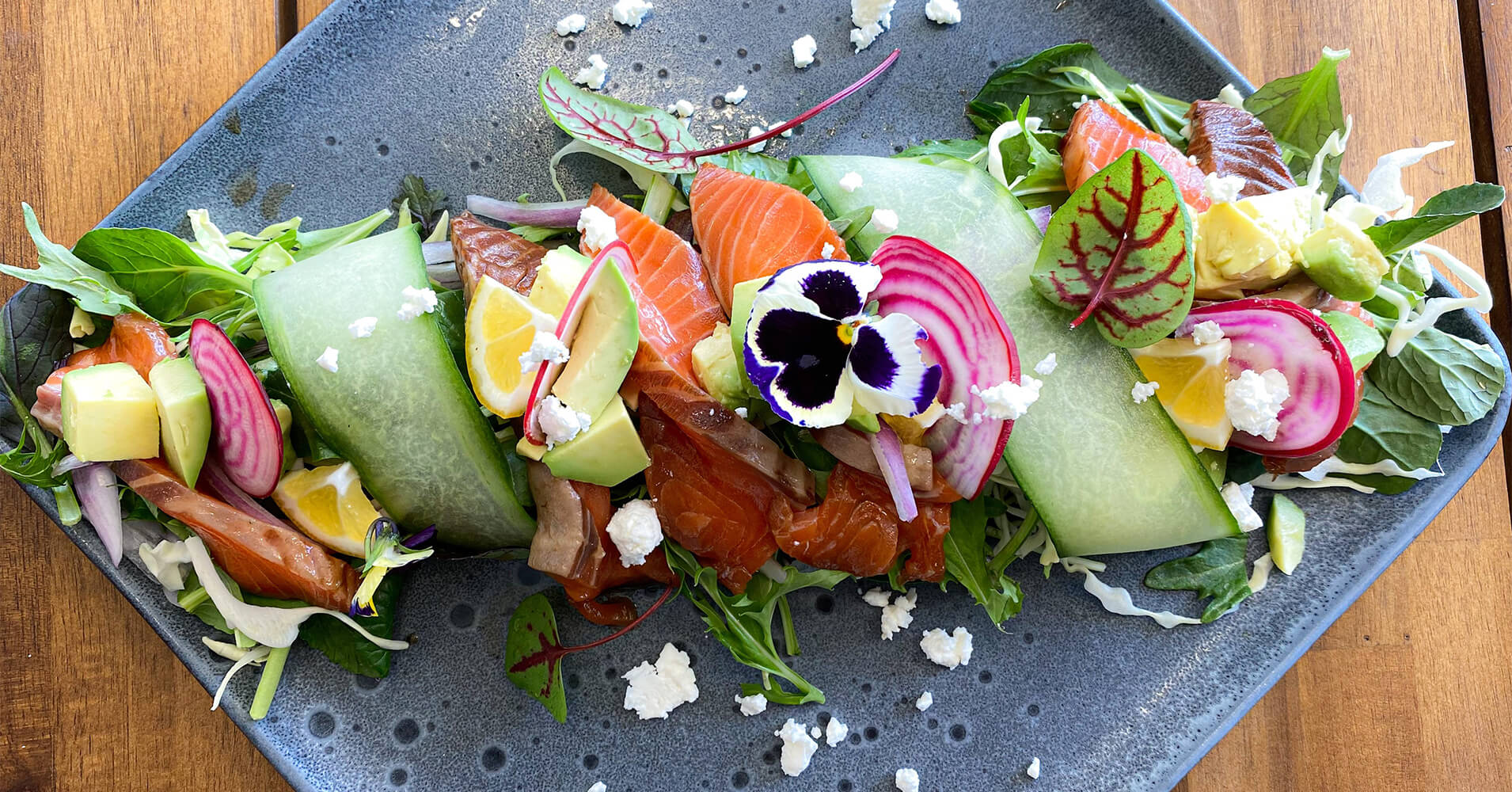 Friends and fabulous food at At719

At719 owners Irene Choe, Elena Joo and Jayden Lee have always dreamed of opening a café together – the trio has been friends since they met while at high school on Auckland’s North Shore.

Starting a new business at the same time a global pandemic was kicking off, however, was not part of the plan.

At719 opened at the Coast centre in January this year. A scant eight weeks later, its new owners had to shut the doors for a month during New Zealand’s Level 4 lockdown.

But the friends’ strong bond got them through 2020, which has been tough financially and mentally, Irene says.

“If I’d been in business by myself, I would have given up and run away. It’s great to have support from your friends.”

All three moved to New Zealand from Korea in 2002. After school, Jayden trained to be a chef, working in Auckland before returning to Korea for compulsory military service. After cooking for Korean soldiers for two years, he worked as a chef at a golf country club, then headed to Australia to try his hand in a pizza and pasta restaurant in Brisbane before returning to New Zealand.

Jayden is passionate about creating food that offers the café’s clientele a special experience.

“People spend money eating out to have something they can’t get at home,” he says.

At719 boasts a fusion food offering – classic dishes with a bit of a twist.

As well as the more traditional salmon benedict, there is a pork belly benedict and a chicken benedict on the menu, which also contains healthy options, vegetarian and gluten-free choices.

The team has just launched a new menu and one of the priorities has been ensuring the dishes are visually appealing as well as great tasting, Jayden says.

The café, which is open seven days a week, also offers cabinet food and Jayden says the whole team works hard to ensure At719 is an affordable eating out option offering great service to its loyal local customers.

It’s those local customers that inspired the three friends to open their business at Coast, Elena says.

She and Irene also went on to careers in hospitality after leaving school and when they started working on the peninsula, they found that customers on the Coast were a breed apart, Elena says.

“They are different from customers in other regions. We feel as though they are our friends and we are part of their families. This area is special and we feel part of the community.”

Irene agrees that the unique relationship between the staff and the customers is one of the best things about At719.

“We could have opened a café somewhere on the North Shore but we wanted to stay with all our lovely customers.”

“We know their birthdays, their families and their stories.”

Getting to work with friends is also a bonus, she says.

And, she says, three’s a good number. If there is ever any disagreement around business decisions, the majority rules.

But disagreements are few and far between. “We know each other well. And with Jayden’s food and Elena’s coffee, I know we can do anything.”