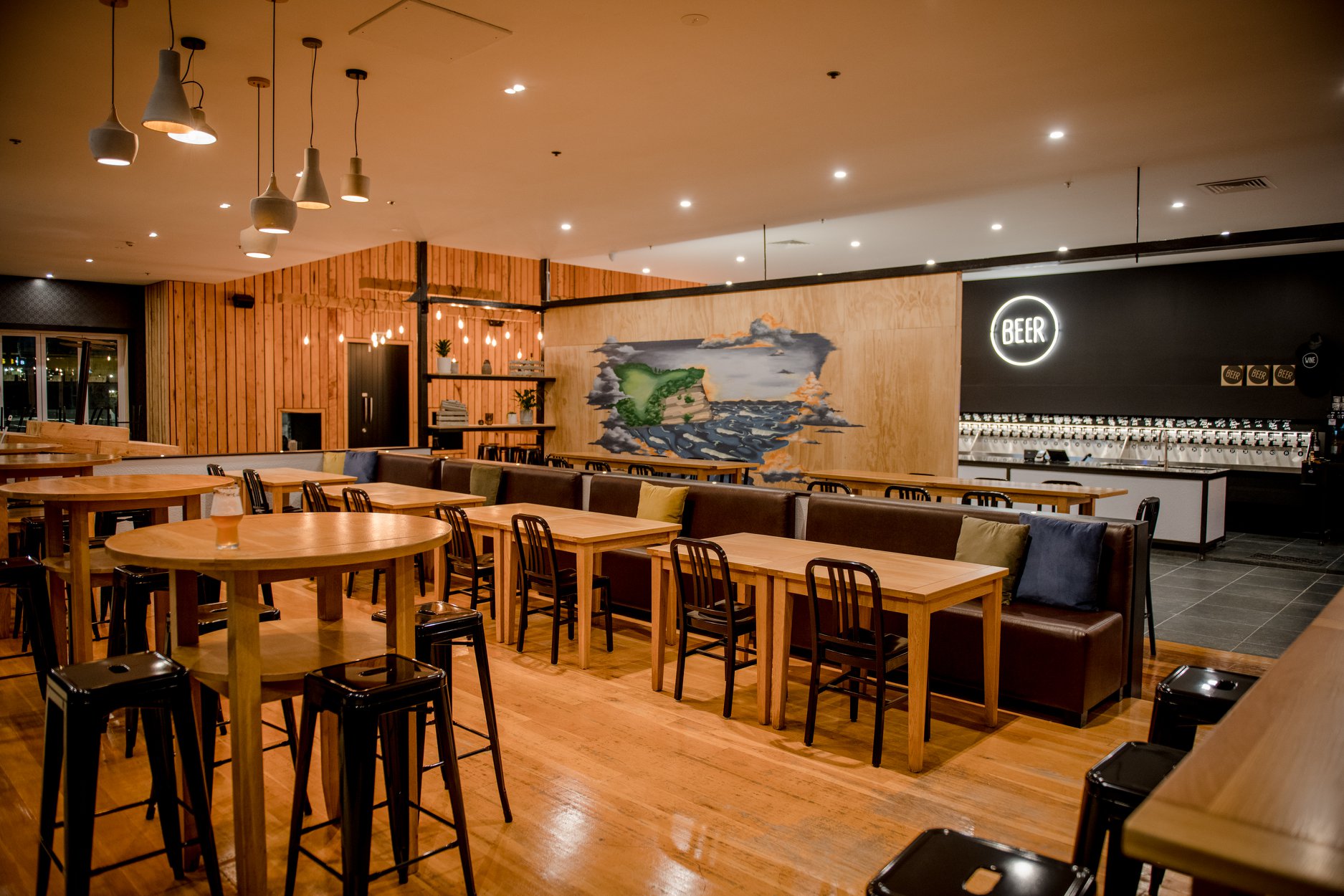 When The Beer Spot Whangaparāoa celebrated a record opening weekend at Coast last month, it was an important milestone in an exciting journey for local owner-operators Ben and Tracey Kelsey and Craig and Claire Holt.

Ben and Tracey discovered The Beer Spot when it first opened in Northcote. They were living on the Shore and both working locally as school principals.

“We loved the community nature of the place. It felt like home and the staff were all your mates. And it was such a great concept, putting money back in the pockets of local New Zealand businesses,” Ben says.

Their friend Craig, another North Shore school principal, was also a big fan.

So when the opportunity to run The Beer Spot – Whangaparāoa under a franchise model came up, they leapt at the chance.

“We’d worked together before in a school so we knew we could do it,” says Ben.

The spacious, modern bar in the Coast is also the launch of The Wine Spot brand, doubling the options for local punters.

There are 43 beers available on tap, all made by independent New Zealand brewers, and 46 New Zealand wines. Food is provided by a different food truck each week.

The Beer Spot was founded by Jason Payn and Laurence Van Dam in 2016. The Whangaparāoa site is the fifth to open in Auckland.

“We were aiming to open five branches in five years and put 200 taps in the market, and we did it in four and a half years,” Jason says.

The pair is on a mission to grow the market strength of our fabulous, independent New Zealand brewers. There are about 250 but they claim only seven per cent of the market share, with the rest going to three big players in the beer industry.

For Jason, opening on the Coast is a bit of a homecoming – his grandparents lived in Ferry Road on Wade River and were stalwarts of the Manly Bowling Club. “I spent many a school holiday running around the area.”

Whangaparāoa was the first place Jason and Laurence looked to open after launching in Northcote however it took a while to find premises. But the space in Coast is perfect, with enough room to offer an impressive range of beers and wines.

“Choice is everything – it’s important for people to be brave and try something new. Our staff are here to help them find something similar to what they already like,” says Jason.

Those choices change frequently – once a keg or bottle is finished, it will be replaced with something else. But it will always be locally made – supporting New Zealand businesses has become increasingly important to Kiwis in a post-Covid world.

The food truck model means the food on offer is also always changing. “There’s not many places where you get a new menu every week,” says Jason. “We love giving people a reason to keep coming back.”

For the Kelseys and the Holts, the dream is to make their family-friendly, dog-friendly bar an integral part of the local community.

Ben and Tracey have moved to Millwater and Craig and Claire are contemplating a shift to the Coast.

“Running a business isn’t that different to running a school,” Ben says. “You are dealing with people.

“We want The Beer Spot to be a place where locals can hang out with their mates, have a chat, a few drinks and cruise home safely. People have told us it’s exactly what the Coast needs.”