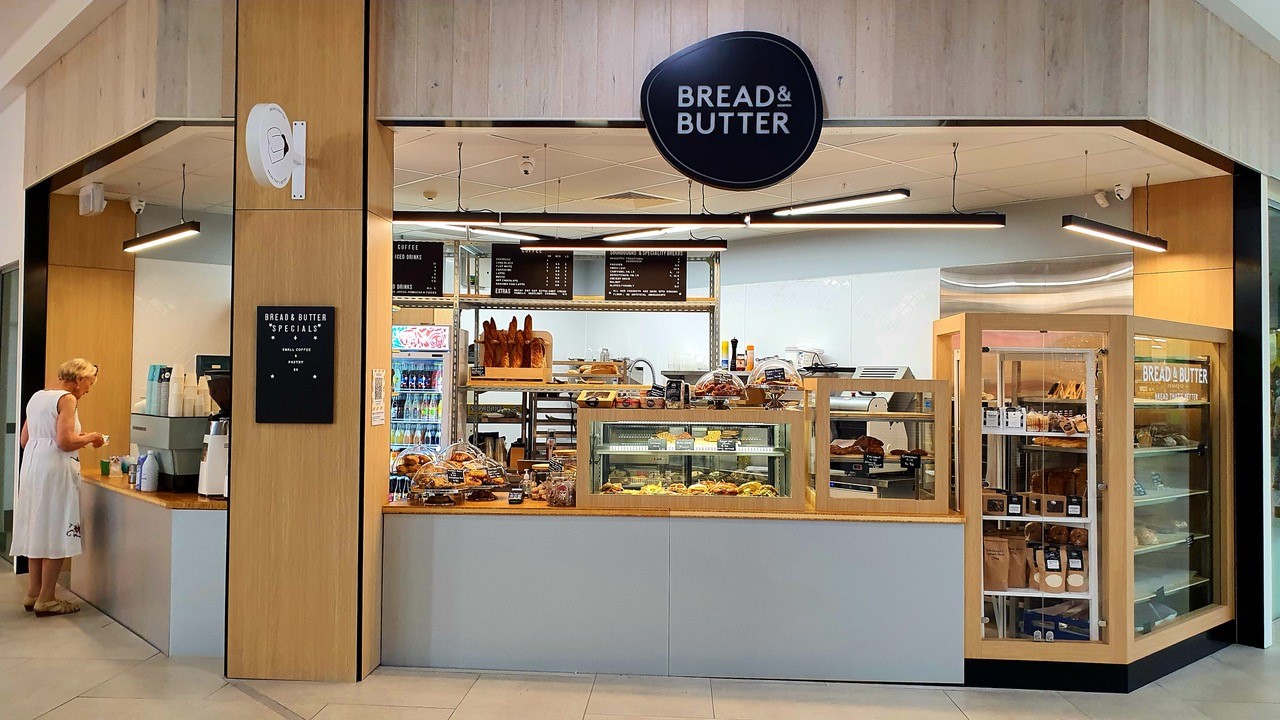 German-born Isabel Pasch is bringing her passion for making exceptional bread to Whangaparāoa with the opening of the Bread and Butter Bakery at the Coast town centre.

The new shop specialises in traditional European-style breads, so expect the shelves to be packed with sourdough loaves, German rye breads, Italian ciabattas and a large selection of bread rolls, including the famous German pretzel rolls.

In fact, Isabel says, the Bread and Butter team will be making French baguettes throughout the day so Whangaparāoa shoppers will be able to enjoy the mouth-watering aromas of just-baked bread.

But while amazing bread is Isabel’s claim to fame, the bakery will also offer a full range of sandwiches and sweet and savoury treats, including cakes, cookies, pastries, brioche and tarts.

What you won’t find, however, are artificial colours or flavours. “We use natural ingredients and real food and real fruit to make all our food,” says Isabel.

Where possible, Bread and Butter uses organic ingredients – its wheat flour is made from organic New Zealand-grown grains from the South Island. “We work directly with the farmers,” she says. If it’s not possible to source organic ingredients, she looks for those grown using regenerative farming practices that use fewer chemicals and are better for the environment.

Trained as a scientist, Isabel has an in-depth understanding of how the additives and chemicals that end up in many of our foods via our agricultural or manufacturing processes can destroy our gut flora over time.

“I know how much bad stuff goes into normal bread and how bad it is for your gut. That’s why our bread is chemical-free.”

Some of their popular sourdough range is also low gluten so people who are sensitive to wheat can often tolerate those better than other breads.

Isabel first came to New Zealand to study microbiology. She married a Kiwi and the couple returned to Germany until they had children. After deciding they wanted to raise their family in New Zealand, they moved back.

“But the thing that really got me was the lack of good bread. I’m a typical German in that respect.”

She moved away from microbiology and opened a bakery about 10 years ago. Then, in 2013, she and her business partners established Bread and Butter, going on to open bakery cafes in Grey Lynn, Ponsonby and Milford.

Last year, they changed the structure of the business – while her partners continue to run the cafés, Isabel will focus on the baking, looking after production for retailers and running the new retail bakery at Whangaparāoa.

All food and drinks – including smoothies and great coffee made with a specially roasted Bread and Butter coffee blend – will be takeaway at Coast but Isabel says it’s fantastic the newly renovated centre has a lovely courtyard and lots of seating areas where people can eat on the premises if they wish to.

The store will be open seven days a week from 7am.

She is treating the bakery at Coast as a pilot. “We are keen to understand what people in the area want from a bakery and do that really well.”

If it’s successful, Isabel may look at taking the concept to other areas of Auckland which are not well-served by specialist bakeries.

It was a chance dinner with friends who live in Whangaparāoa that inspired her to come to the peninsula – they were complaining about the lack of decent bread in the area and encouraged her to open a store.

When she was offered retail space near the supermarket in the renovated town centre just a short time later, she decided the idea had potential.

Isabel says she does not miss her career in microbiology.

“I like the freedom of baking – and the creativity that comes with it.”

Food is a good way to connect with people and a vehicle for ensuring they can be healthier, she says.

“By choosing good ingredients that are grown sustainably and using them to make nutritious, yummy food that people want to eat, I can help people’s health and the planet’s health all in one go. I feel I have a bigger role to play there.”